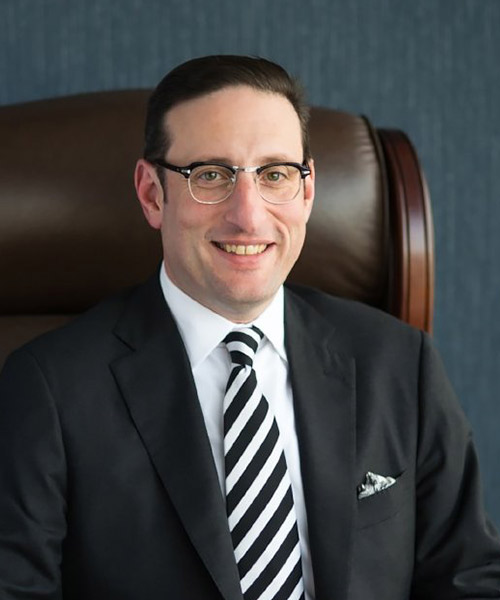 When Senoff and First Law Strategy Group co-founder Hillary Weinstein opened the firm, Senoff said: “We will use our combination of deep experience and a commitment to standing up for people who have been harmed or deprived of their rights to do more than secure justice for our clients, but to help make sure the same harm doesn’t come to others.” That guiding principle means that we treat our clients’ cases as our “causes.”

In one of the new firm’s ongoing cases, a suit against the manufacturers of lead-based paint, the firm represents two of Pennsylvania’s largest counties, Lehigh and Montgomery. Senoff and Weinstein were able to have the cases remanded to local courts in those Counties so that the people who were impacted by the manufacturer’s actions can sit in judgment of them. In 2018, California’s Supreme court found some of the same paint companies who produced lead-based paint liable for the cost of lead removal and required them to pay a $1.15 billion to pay for associated costs with its removal from homes and public buildings. In other ongoing cases, the Firm continues to represent Union Health and Welfare Funds and other self-insured entities in their fight to be made whole by the opioid drug manufacturers for the millions of dollars spent by the Funds on the purchase of these highly addictive dangerous drugs.

In his 27-year career, Senoff has taken on some of the toughest public policy fights in Pennsylvania and won accolades for his work on behalf of victims of corporate and government negligence and malfeasance. He was one of the lead attorneys involved in seeking justice for the victims of the so-called “Kids-for-Cash” cases, where judges sent juveniles to detention centers in exchange for payoffs. He also sued then-Pennsylvania Governor Corbett for improperly eliminating the AdultBasic Care program, which provided low cost health insurance to the working poor at no cost to taxpayers, prior to the passage of the federal ACA. Standing up for low wage workers, Senoff made new Pennsylvania law regarding the state’s Wage Law when the Courts ruled that employers violated that law by paying employees solely by debit card.

Senoff has been designated a Pennsylvania “Super Lawyer” every year for the last decade and named to “Best Lawyers in America” annually since 2013. In 2019, Senoff was voted one of the top 100 “Super Lawyers” in the Commonwealth of Pennsylvania as well as one of the top 100 “Super Lawyers” in the City of Philadelphia. He is a member of the Million Dollar Advocates Forum and the Multi-Million Dollar Advocates Forum, whose membership is limited to attorneys who have won million and multimillion-dollar verdicts, awards and settlements for their clients. He is also admitted to The National Trial Lawyers, an invitation only professional association comprised of the top 100 trial lawyers from each state.

In addition to his private work, Senoff was recently appointed by the Supreme Court of Pennsylvania to serve on Pennsylvania's Disciplinary Board.  Prior to that appointment, for 12 years he served as Hearing Committee Member of the Disciplinary Board of the Supreme Court of Pennsylvania. In that role, he was required to hear evidence and determine whether other Pennsylvania attorneys who have been charged with unethical conduct have actually violated Pennsylvania’s Rules of Professional Conduct and if a violation is found, recommend a punishment for the attorney in question. Furthermore, from 2016 – 2019, Senoff served by appointment of the Supreme Court of Pennsylvania as a member of its Civil Rules Committee. That Committee is responsible for reviewing and suggesting changes to the rules by which all civil cases proceed in Pennsylvania. Finally, Senoff serves as a Judge pro tem, in the Court of Common Pleas of Philadelphia County, where he mediates disputes between the parties in an effort to fairly resolve cases for all parties prior to trial.

FLSG remains open and available to you during the COVID-19 epidemic. We are working remotely, so if you leave a message on our phones or email us, we will return your call/email promptly. Stay safe.